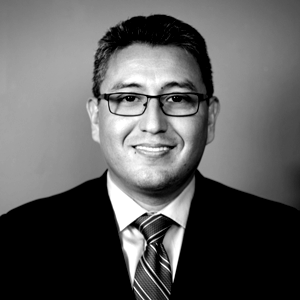 Abel Núñez is Executive Director of CARECEN in Washington DC, with extensive experience in management and fundraising for organizations, as well as a history of community activism. Prior to CARECEN, he was Associate Director of Centro Romero in Chicago, IL, and was primarily responsible for the day to day operations, fiscal management, program administration, and communications. Before he moved to Chicago, he worked in D.C. for the Latino Civil Rights Center. From 1998 to 2000, he was also on the staff of CARECEN serving first as its Citizenship and Civic Participation Project Coordinator and later as its Deputy Director. At the national level, he has served as an advisor for the Salvadoran American National Network (SANN) since 2008. He is one of the original founders of the "Residency Now" campaign, which was launched in January 2012 to urge for permanent legal residence for immigrants from El Salvador, Honduras and Nicaragua with Temporary Protected Status. He obtained his degree in Business Administration from Hofstra University in Long Island, New York. 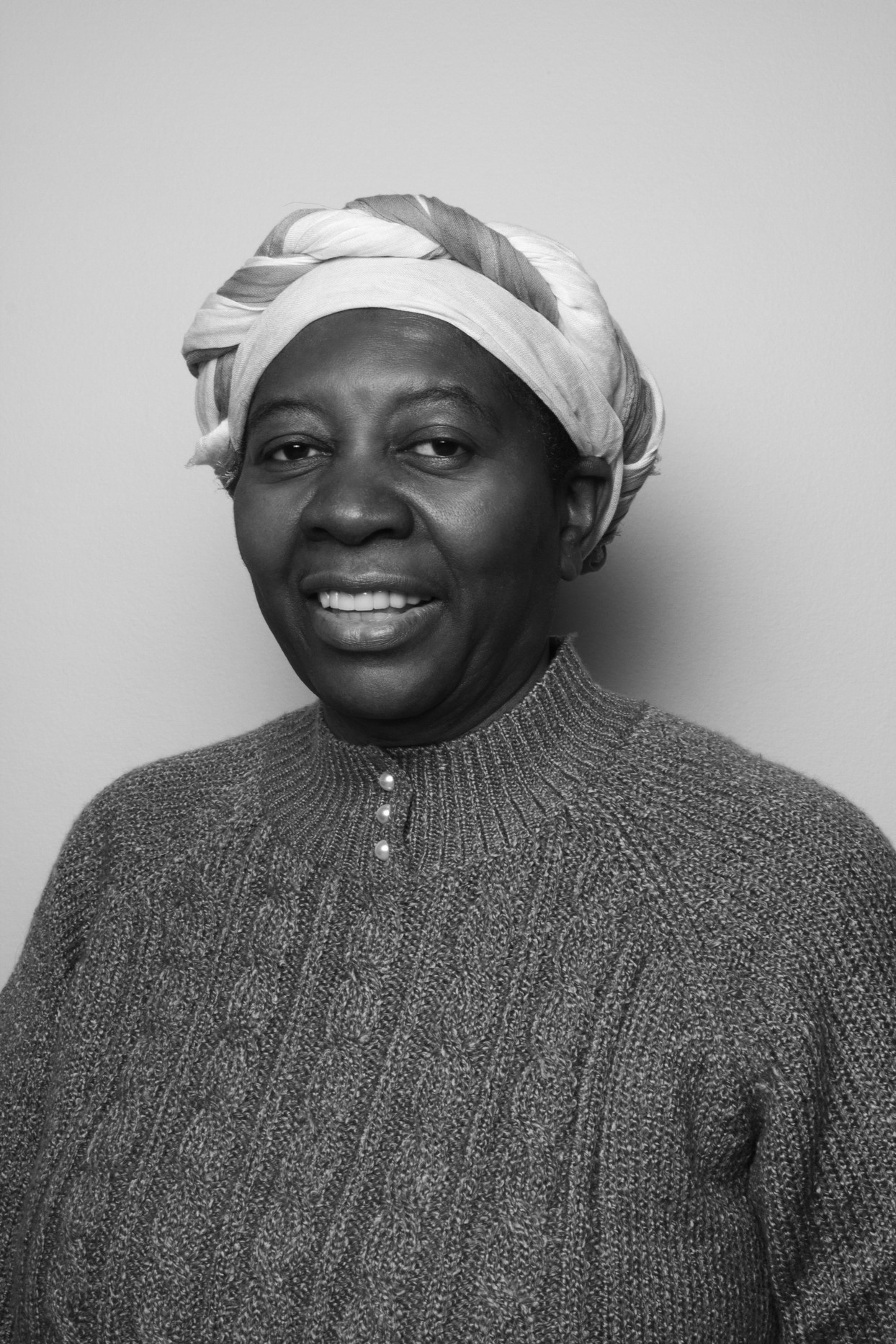 Mirtha Colón is originally from Honduras and has lived in New York for almost 40 years. She currently serves as president of Hondureños contra el SIDA (Hondurans against HIV/AIDS), an organization that promotes healthy practices and education about HIV / AIDS in both New York City and Central America. She also serves as president of Organización Negra Centroamericana (ONECA), an organization based in Central America with headquarters in Bluefields, Nicaragua. ONECA fights for human rights and social justice and seeks to improve the quality of life of Latinos, Central Americans and, in particular, of Central Americans of African descent. 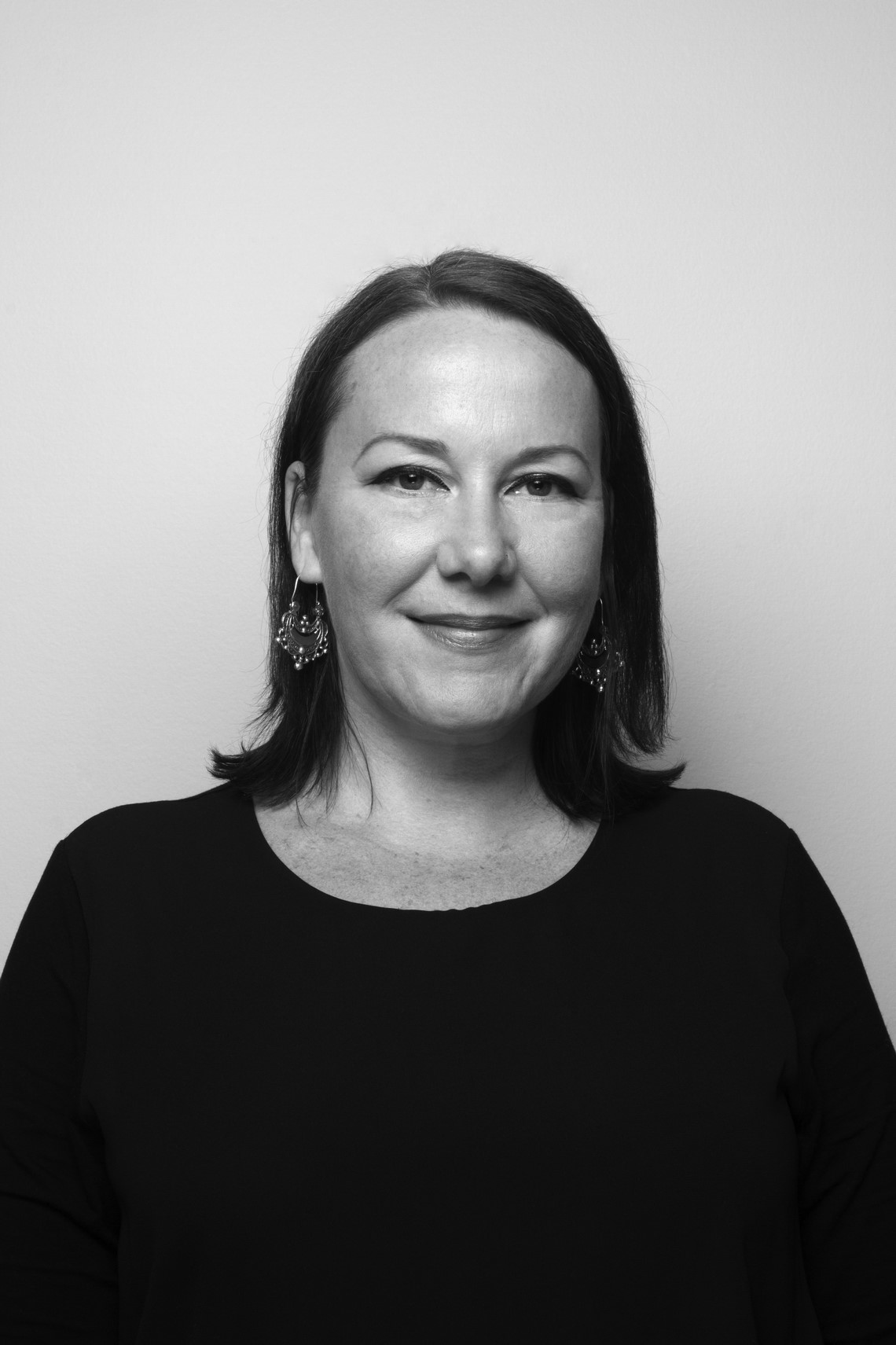 Lariza Dugan-Cuadra, is the Executive Director of the Central American Resource Center CARECEN of Northern California, an organization that provides direct services and is involved in community development and advocacy to help create a flourishing and vibrant Latinx community in San Francisco, the Bay Area and beyond. Lariza has almost two decades of experience in designing and implementing community development initiatives that educate and improve the lives of children, families and immigrant communities in San Francisco and the Bay Area. She earned a B.A. in Humanities with an emphasis on Community Development and a minor in La Raza Studies, as well as certification in Early Childhood Education. She attended City College in San Francisco, San Francisco State University and New College of California. She is proudly Nicaraguan-Irish, raised in Managua and currently living in San Francisco’s Mission District. 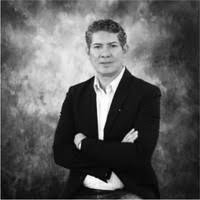 Elmer Romero Advisor, CRECEN, Houston
Elmer Romero was most recently an educator working in the field of Adult Education as a program manager at Houston Center for Literacy. Previously, he developed programming and oversaw local and federal contract and grant implementation for Baker Ripley/Neighborhood Centers, Inc. in Harris County. Before moving to Texas, he was the Director of Education for CASA of Maryland, Inc. He has a degree in journalism from the University of El Salvador and a diploma of advanced studies in popular education & community development from the university "Antonio Ruiz De Montoya", the Jesuit University in Perú. Mr. Romero is originally from El Salvador. He worked 15 years as the Director of Publications for Asociación Equipo Maíz, El Salvador, one of the most prestigious educational non-profits in Central America, using popular education methods for adult education, that are grounded in a vision for participatory democracy. Since 2000, he has lived and worked in the United States with community-based organizations to support immigrant and refugee populations in Maryland, Washington D.C. and Texas. His passion is leadership development, education, and community organizing. 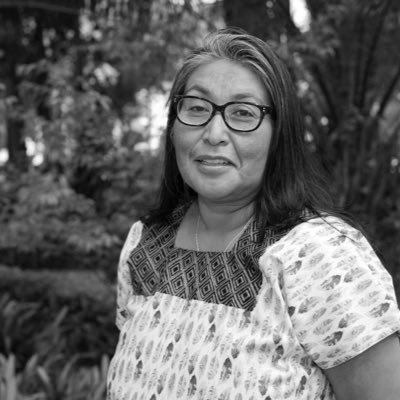 Odilia Romero General Binational Coordinator of the Frente Indígena de Organizaciones Binacionales (FIOB)
In 1981, Odilia migrated to Los Angeles, California where she settled in the Pico-Union district along with the many indigenous-migrant communities in the area. Odilia is the first Zapotec women to be the General Binational Coordinator of the Frente Indígena de Organizaciones Binacionales (FIOB), after serving six years (two terms) as Binational Women’s Issues Coordinator for that organization, which was created by indigenous migrants in South Central LA in 1991. Odilia has worked with the FIOB on indigenous peoples rights, human rights and cultural and political education programs for the indigenous-migrant communities. Her organizing knowledge and experience are held in high regard, with multiple academic publications, awards, and lectures in universities across the United States including John Hopkins, USC and UCLA. Her commitment to civic engagement expands beyond her own community; she is a past board member for the Southern California Library, and holds a seat on the finance committee of the multi-ethnic Mexican migrant coalition, RED Mexicana de Líderes Migrantes. She co-wrote, with Maylei Blackwell, Rufino Domínguez ,Laura Velasco and Centolia Maldonado Vázquez, "Genero, generación y equidad, Los retos del liderazgo indígena binacional entre México y Estados Unidos en la experiencia del Frente Indígena de Organizaciones Binacionales (FIOB)," which appears in Otros Saberes: Collaborative Research on Indigenous and Afro-Descendant Cultural Políticas well as "Indigenous Migrants and Language Barriers in the United States," published in Diálogo, Center for Latino Research, DePaul University. Her testimonio has been published as: "Mujer rebelde: testimonio de Odilia Romero Hernández." ("Rebel Woman: Testimony of Odilia Romero Hernandez") in Desacatos31 (2009). 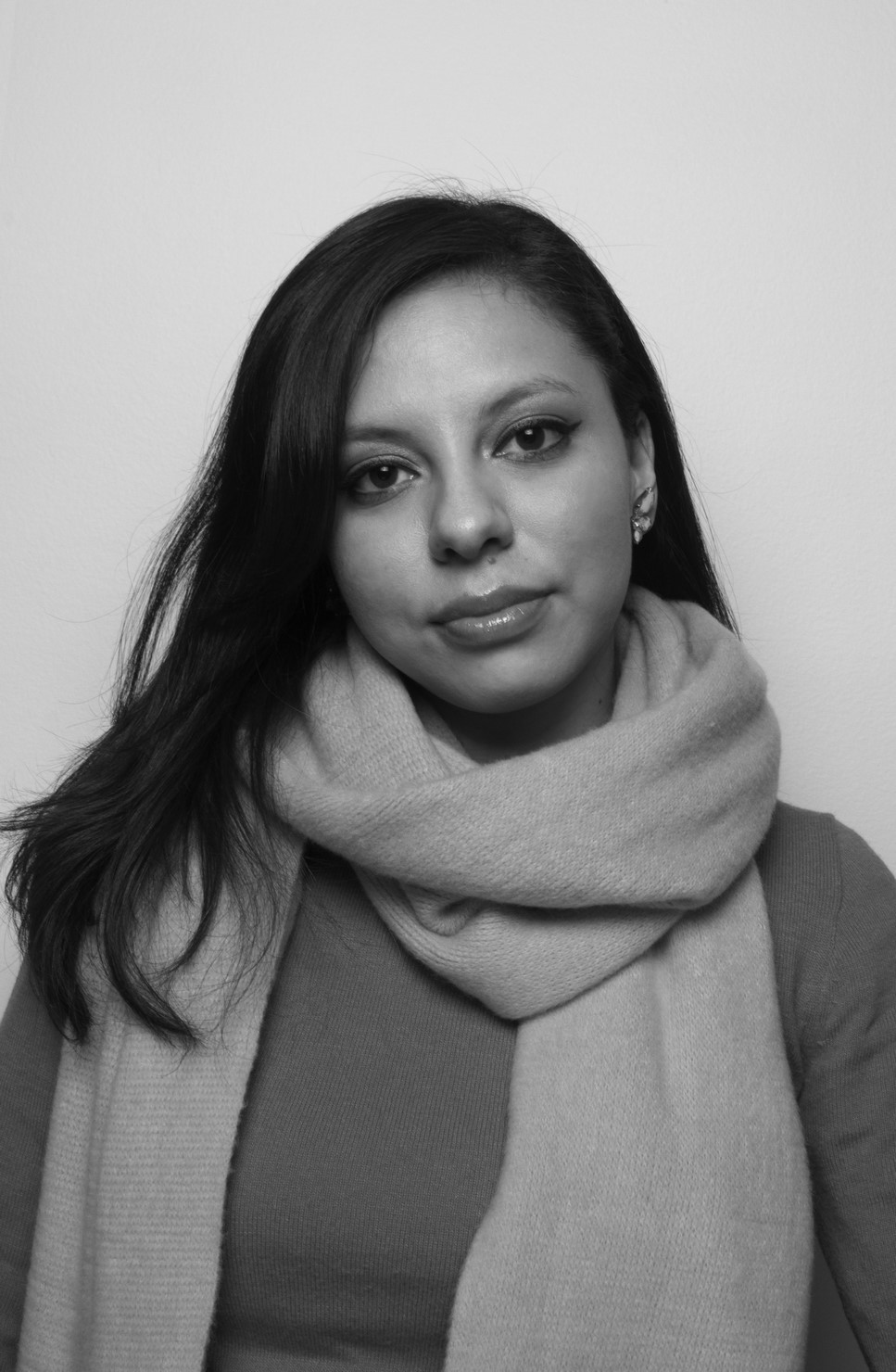 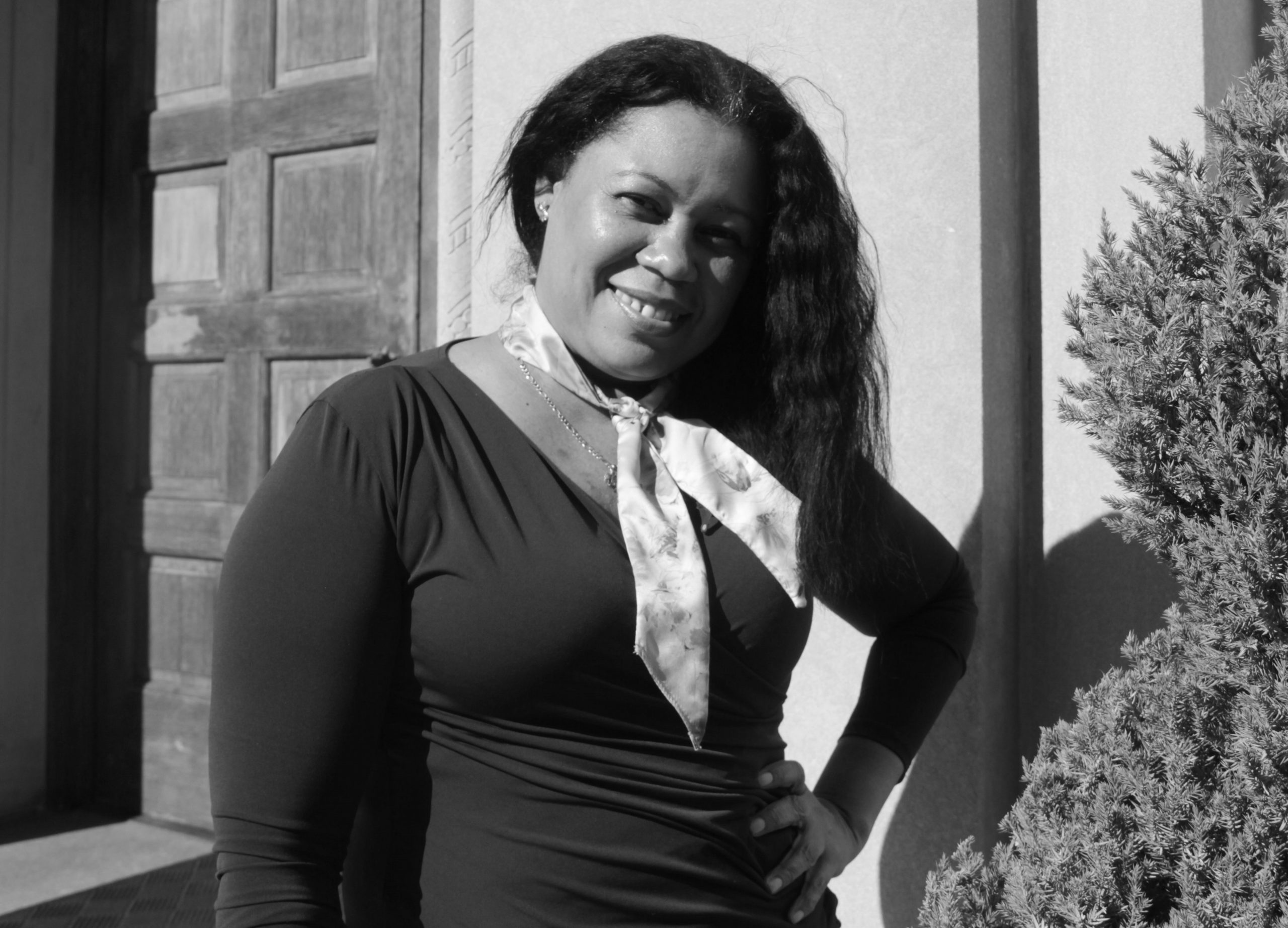 Katy Gil Volunteer at Casa Yurumein and Hondureños contra el SIDA (Hondurans against AIDS), New York
Katy Gil was born in the capital of Honduras, Tegucigalpa. She moved to the United States and was granted political asylum due to threats she received as a result of her activism promoting human and labor rights. In San Pedro Sula, Honduras, Katy worked at the Honduran Teacher Training Professional College (COLPROSUMAH). She served as elected secretary of women's affairs of the Honduran Workers’ Confederate Union (CUTH), one of the most important unions in the country. Gil has a Bachelor of Education and has been an educator throughout her life. She currently lives in New York City, where she is working towards her master's degree in education at Baruch College. During her free time, she works as an activist for the Honduran people through Casa Yurumein and the Honduran AIDS organization, both organizations affiliated with Alianza Americas. Gil is a graduate of the 2018-2019 Alianza Americas Leadership Institute. 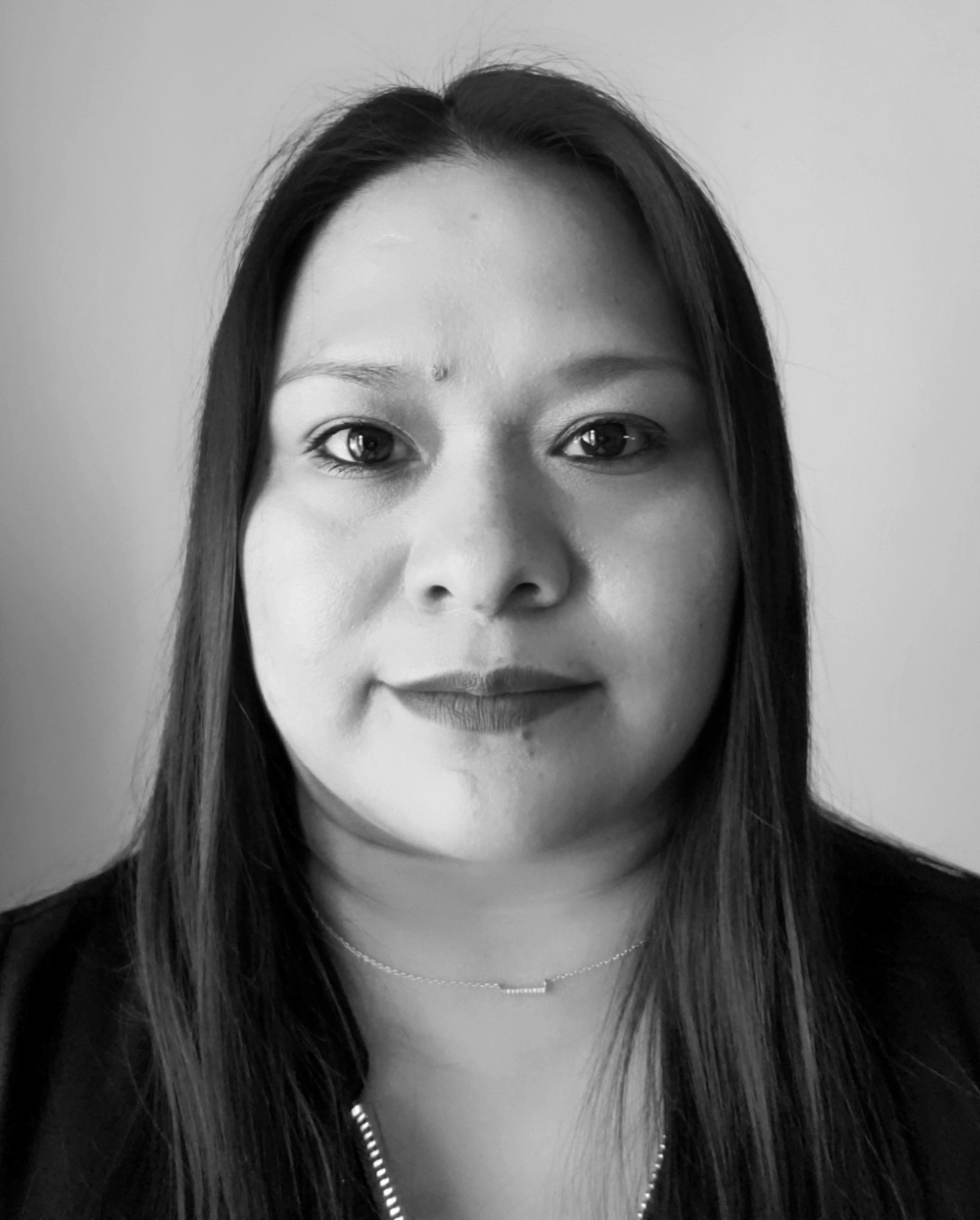 Elsa López Executive Director of the New Vision Club of Cheranástico
Elsa Lopez is originally from Cheranastico, Michoacán and of indigenous origins, the P’urhépecha. She migrated to the U.S. with her family in 1990, at age 8. Her residence has always been the state of Illinois, where she graduated from high school and joined the Navy from 2001 to 2005. She was the first Purepecha woman to have joined the United States military. After her honorable discharge, she went on to College of DuPage to study Accounting. She is currently working as the English Learner Program Secretary at Community Unit School District 200. Before working with CUSD200, Mrs. Lopez was previously the Program Director at Casa Michoacán where she worked with the Mexican immigrant community advocating for their rights and providing social services as well as creating ease of access to the various legal documents needed by the immigrant community. Previous to that, Mrs. Lopez Co-founded her own organization, Club Nueva Vision de Cheranastico (previously known as Club Cheri-Jatzikurin Juchari Sirankua) with a group of people passionate to help the Purepecha community residing in the United States but also at her place of origin, Michoacán. Since the founding of her organization in August of 2015, the group has helped families with social projects such as creating a safe environment at a local kindergarten in Cheranastico, helping people with disabilities, helped immigrant families that have returned to their place of origin with a start up business to get them started back on their feet as they return back home, helped a local library in Cheranastico with tech supplies as a means to advocate for the importance of education and reading, amongst many other accomplishments for the good of the Purepecha community. Elsa is also an active member of the Colectivo de Mujeres Transnacionales. Elsa works to keep alive the culture and traditions of the Purepecha by creating & participating in cultural events. This has been a very important part of her goal, to remind young children never to forget their roots and where they come from. With this in mind, she also co-hosts a radio program at Dimension Latina FM Tu Radio por Internet together with her husband in the Purepecha/Spanish language. Mrs. Lopez is a very active member in helping the immigrant population in the U.S. and Mexico. 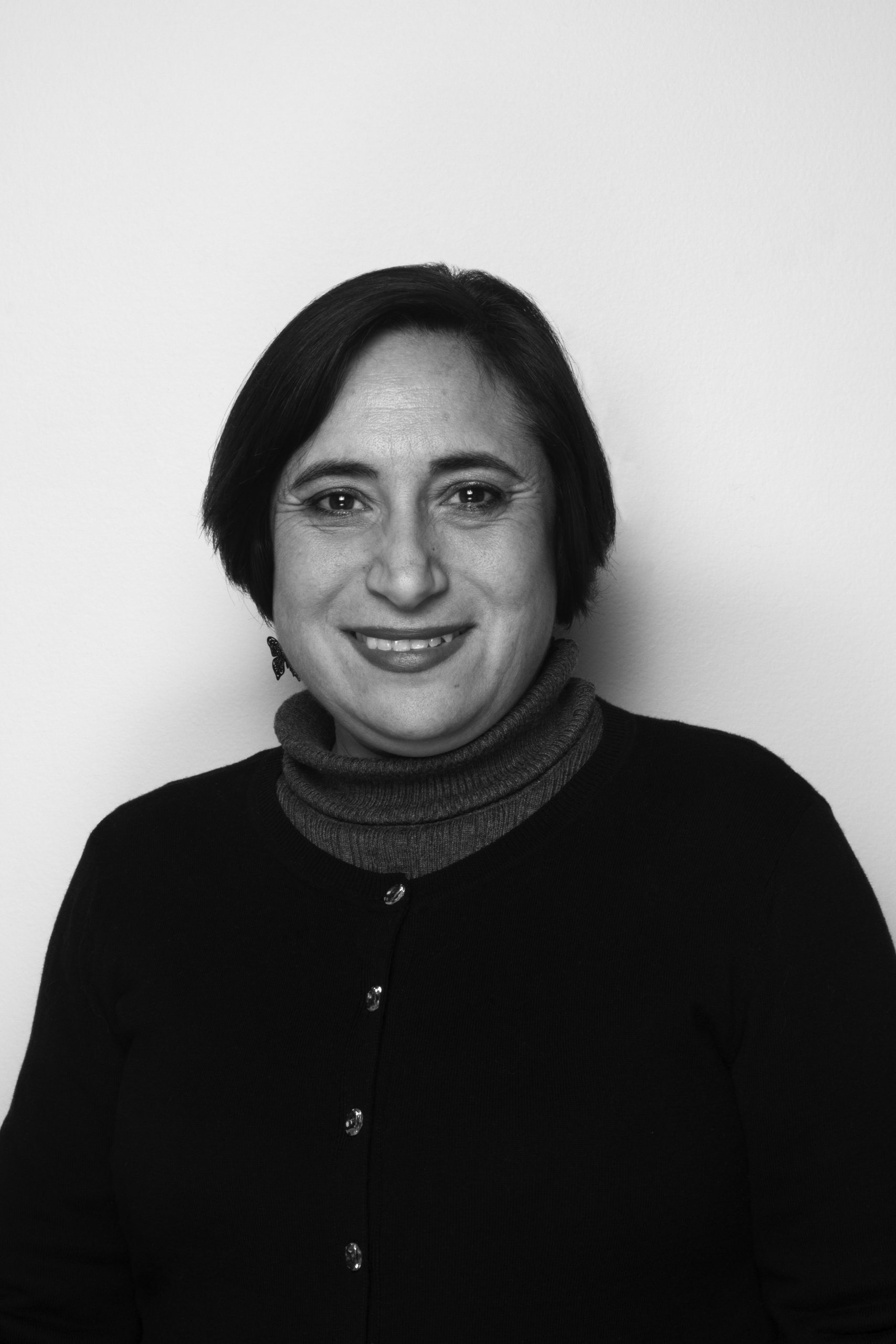 Rosana Araujo President of Women Working Together USA
Born in Montevideo, Uruguay, Rosana Araujo completed elementary, middle and high school at Colegio Sagrado Corazón before attending la Universidad de Cultura Popular to specialize in arts and culture. She has been an activist from a young age and has participated in student movements against the Uruguayan dictatorship. She participated in "landless" and "homeless" movements as well as movements for women's rights: education and prevention of domestic violence and sexual abuse as part of the founders of Comuna Mujer. She participated in several education and health efforts within the Montevideo government (such as HIV/AIDS, among others) and was a UNICEF volunteer in the Social Coordination program as part of the "Integrating the excluded city" project. In December 2002, she emigrated to the United States. In 2007, she joined the Florida Immigrant Coalition (FLIC), and has also collaborated with the Miami Workers Center, SIsterhood of Survivors, WeCount! and other organizations in Miami - participating in hundreds of campaigns for the rights of immigrants, survivors of domestic violence and displacement. Araujo served as vice president of the board of directors of Miami Workers Center and WeCount! In 2009 she was a correspondent for the Uruguayan radio El Prado FM and in 2014 she was the founder of the “Entre Nosotras Compartimos” program. She is currently a co-founder of Women Working Together USA, a member of Alianza Americas and the Domestic Workers Alliance. 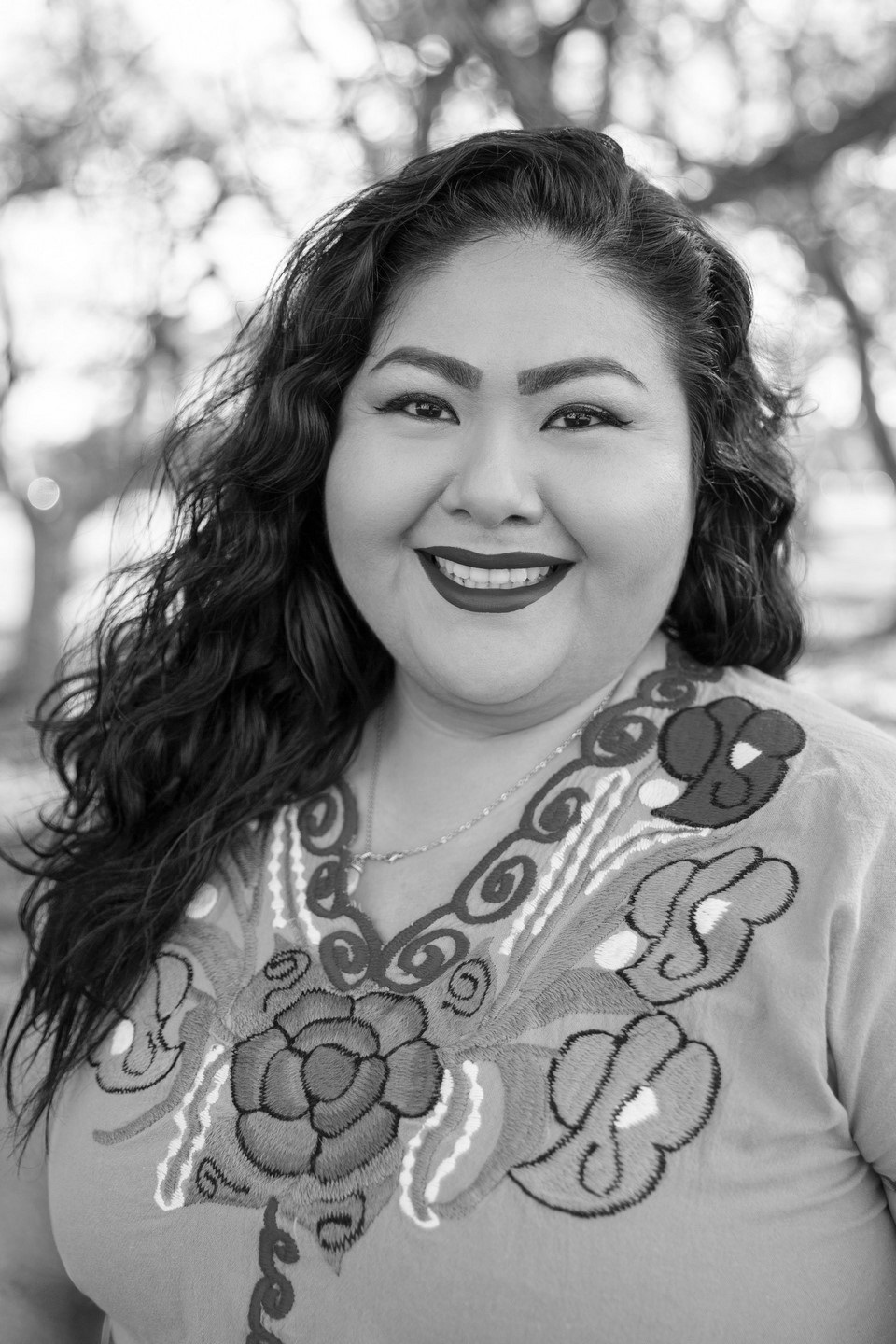 Guadalupe de la Cruz Community Organizer at WeCount!, Florida
Guadalupe de La Cruz is an English as a Second Language (ESL) instructor and community organizer at WeCount!, a grassroots organization dedicated to building power and organizing the Latin American community of agricultural workers and immigrants with or without documents, through education and collective action in Homestead, Florida. As an ESL instructor, Guadalupe develops the class curriculum attached to the WeCount! Mission. As a community organizer, Guadalupe promotes health and safety within the community. In her years of work at WeCount! she has been able to coordinate campaigns with members and community organizations to find collective solutions to problems faced by communities. In addition to her activism, Guadalupe is also a graduate of the 2018-2019 Leadership Institute put on by Alianza Americas.